Vasily Borovoy, a Junior Researcher of the Laboratory for Environmental and Technlogical History and a PhD student at the Department of History took part in a PhD study course “Interdisciplinary Introduction to Arctic Studies”.

It was organized by one of the Nordic Centers of Excellence called REXSAC – Resource Extraction and Sustainable Arctic Communities and took place at the University of Copenhagen between 14th and 21st March 2017. More detailed information about REXSAC center can be found on its website https://www.rexsac.org/.

Research center REXSAC was opened in autumn 2016 as a platform for cooperation between natural and social sciences and humanities to examine past and present of the Arctic as a solid global region. Center is focused both on coordination of studies and training of PhD students who share common values of broad interdisciplinary dialogue. The main goal of “Interdisciplinary Introduction to Arctic Studies” course was to coordinate junior researchers’ efforts. Its general tasks were to provide basic knowledge and main approaches to studies in natural environment, history, local communities, economy, political systems and cultural heritage in the Arctic. These issues were studied through the lens of global climate change and ongoing social change in the Arctic. Nearly 15 PhD students from Sweden, Denmark, Finland, Canada, Norway and Russia took part in this course. They represented geography, hydrology, biology, history, anthropology, political science, philology and sociology.

The course program was opened with a conference on 14th and 15th March. The center collaborators and PhD students presented their ongoing projects in the areas of Arctic hydrology, glaciology and biology connected to the development of natural resources extraction and its consequences for the Arctic ecosystems. Social science scholars presented studies of Arctic local communities affected by resource extraction and relationships between government authorities, local self-government, business structures and NGOs emerging around these processes. Studies of expanding Arctic tourism and of industrial heritage showed opportunities and limits of diversification of economy in this region.

The course itself was separated into a number of units and a special day was allotted to each of them. The first day was devoted to the discussion of the course framework and introduction of course lecturers. They represented universities of Copenhagen, Oulu (Finland), Umeå, Stockholm (Sweden), Stefansson Arctic Institute in Akureyri (Iceland) and Royal Institute of Technology (Sweden).

The second day discovered contribution of natural sciences in the study of Arctic climate and environment and their changes. Scholar from the Stockholm University Ninis Rosqvist showed effects of industrial air pollution on melting of Arctic glaciers and their capacity to reflect solar radiation. Jerker Jarsjö from the same university explained how water and soil pollutions in the areas of natural resources extraction are interconnected in a long-term run.

The topic of a third day of the course was studying the ways of doing natural science in Arctic throughout 20th century. Professor of the Royal Institute of Technology Sverker Sörlin elaborated on the science policy of different countries during the Cold war, in a period of neoliberal transformations and at the current moment which could be named as “the epoch of complexity and uncertainty”. Nevertheless any new model of constructing the knowledge about our world did not overcome previous ones completely.

The fourth day of a program was spent outside the university. First students visited the National Museum of Denmark to analyze representations of Danish colonial past in its Arctic dominions in Greenland. After that students visited the North Atlantic House cultural center situated in a building of a former Danish colonial administration. Professor of University of Copenhagen Kirsten Thisted explained that since the middle of the 18th century it was storage of goods to be sent to colonies and also a site for cooking whale blubber that was extracted in the waters of North Atlantic. The cultural center of the Danish Realm that consists of Denmark, Greenland and Faroe Islands is situated here nowadays. The embassy of a former Danish colony – Iceland – is also situated there. Here students discussed representations of Danish and Greenlandic colonial past at the National Museum and elaborated on the images of past and present of Greenland reflected in the artworks by a contemporary Danish-Greenlandic artist Pia Arke.

Economy in the Arctic was presented during the fifth day of the course. Professor of Stefansson Arctic Institute in Akureyri Joan Nymand Larsen gave a lecture on the impact of global economy on the Arctic and possibilities of small local communities to adapt to these effects. Recent study revealed that common optimism towards positive impact of melting of Arctic ice on the economy is overrated. Melting of ice will benefit only to shipping along North-East passage but have no positive impact on industrial production in the Arctic. Production costs are very high in this region that makes industries in the Arctic less competitive on global market. The necessity of supporting Arctic economies and avoiding the population outflow lead to a more significant presence of government institutions in the economies of all countries having territories in the Arctic.

The last day of a program was devoted to the role of social sciences and humanities in Arctic research. Anne Mette Jørgensen from University of Copenhagen gave a lecture on narratives of modernization and independence in 20th century Greenland that are being currently interpreted as cultural heritage in contrast to perception of Greenlanders as representatives of traditional culture that needs to be taken care of. Other lectors representing Danish universities gave lectures on affective economics in Greenland when a pursuit of economic independency from Denmark encourages Greenlanders to develop mining industry with unpredictable outcomes for environment, economy and even political future of this country. These evidences from social science show how the outsiders’ perception of Greenlanders as real “natives” that are close to nature clash with a more complicated Greenlanders subjectivity who exploit modern narratives of independence and subsistent national economy regarding their country. The study of industrial heritage in the Arctic presented by professor of the Royal Institute of Technology Dag Avango shows how interests of contemporary economic actors impact on construction of industrial past in the Arctic during the 20th century. Preservation of industrial infrastructure on Spitsbergen, in Northern Sweden and in Greenland helps private entrepreneurs and government officials justify the possibility of restoration of industrial development in the Arctic regions through the narratives of benefit for the local communities in the form of employment and tax allocations. Possibilities to use abandoned industrial sites as objects for tourism also support arguments of stakeholders as these sites promote diversification of local economies providing employment and hope for future development in these communities. But the same time these actors do not consider interests of communities, fluctuations of tourism trends and very complicated dynamics of global markets of natural resources.

The course “Interdisciplinary introduction to Arctic studies” was a first step of REXSAC center towards building new integrated approaches to studies of Arctic as a united region. The next few years will see a number of other PhD courses aimed at rapprochement of research issues, agendas and frameworks in natural and social sciences and humanities. 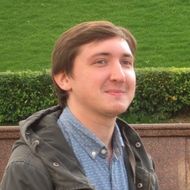