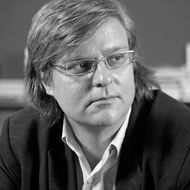 This elective course explores the relationship between ethnicity, nationalism, religion, and politics in the current world. We begin by analyzing ethnicity, nationhood, and religion conceptually and go on to explore why and how the ―management‖ of cultural differences played the crucial role in the history of XIX-XX century. We then examine multiculturalism, probing its theoretical foundations, practical manifestations, and limits. The second half of the course examines the contemporary forms of the politics of diversity and its failure, ethnic conflicts, migration policy and cultural diversity, as well as question of universalism and particularism of human rights.