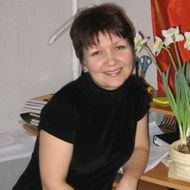 Within the frame of the course students are encouraged to pay attention to the phenomena of ethnicity and its using as a political resource, the influence of ethnic and national issues in modern society and politics. They will be also introduced to the main theoretical approaches to the study of nations and nationalism. The problems of nation-building, national identity formation and different variants of nationalism in contemporary world will be in the focus of class discussions. The students will learn also about ethnic (ethnonational) policy: the notion, main directions and aims, different policy models of multiethnic states, the protection minority’s rights.