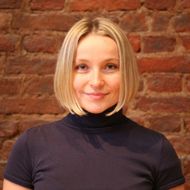 Course will tackle the issue of non-coercive foreign policy means in international relations. Power in world politics has always been a central concept. Over the time scholars identified multiple layers and dimensions of this concept which allowed IR theory understand better the nature of hegemony in world politics. Non-coercive, soft aspects of power have been always present in international relations, but special theory about it emerged only at the end of the XXth century and revolutionised debates about influence and attraction in world politics. This theory was elaborated by American scholar and politician Joseph Nye (Jr). He proved that not only hard means (military or coercive economic) matter, moreover there are means which could be less expensive for international actor but more effective especially in the long-term perspective. These means include: infuence by attrractivenness of country's values, culture, international stance. Today soft power is a well-established concept in IR. There is a myriad of studies of American, French, German, British, Chinese, Japanese, Indian, Russian etc soft power strategies. All of them have their pecularities and deserve to be studied and discussed. Soft power theory itself has been largely debated by experts and politicians worldwide. Recently there were new concepts which emerged in order to complement and develop intinial Nye's theory (normative power, sharp power etc). Discussions about soft power role in modern multipolar world will reveal new means of influence and hegemony in international relations today. Course will cover theoretical aspects of soft power theory and will allow students to understand better how influence and attractiveness work in IR. Special attention will be paid to the practical exemples - soft power strategies of different countries.