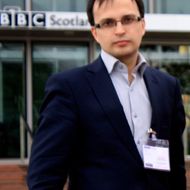 The course is focused on Journalism itself and Political journalism in particular; and sheds light on the working process of contemporary media outlets: traditional and online newspapers, radio and TV, blogs, Youtube channels, etc. Students of this course will be given knowledge on the role of media in different types of political regimes: are free media important to authoritarian leaders? What kind of manipulative strategies political actors use? As the main example for political research, Russian media sphere is taken.